It is widely known a wide variety of embodiments of prefabricated modular design.

This type of construction is already widespread in both the construction of residential complexes, such as town houses and apartment blocks, as in constructions intended for general services, such as in schools, offices and buildings used Industrial among many other. 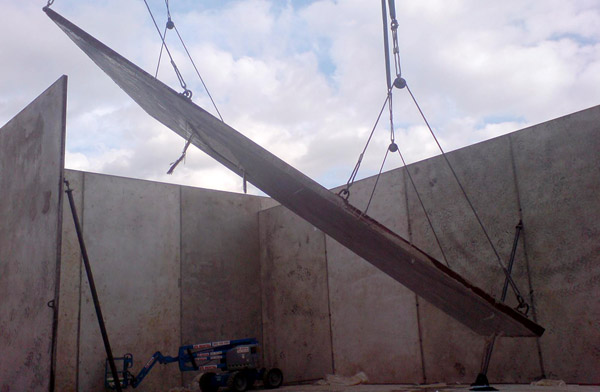 Essentially, this type of modular construction is based on orthogonal coupling plate to define concrete walls, floors, ceilings, etc. Reinforced concrete plates have essentially a rectangular form and are provided with a composite reinforced by two systems usually steel rods arranged parallel to each addition, each reinforced concrete plate is provided with a ring comprising a steel profile U who receives perimeter. 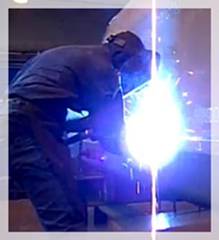 In embodiments of prefabricated buildings, the joint between concrete slabs for the realization of constructs were made by welding, which gives the structure formed notable limitations in positioning plates.

In the system of union GEOLIFE reinforced concrete plates, one plate is provided with one or more plates included and fixed in the concrete mass perpendicular to the fence.

All adapted so that the plates are opposite to corresponding plates included in the concrete mass and fixed to a rod system of a second plate arranged perpendicularly to the first. 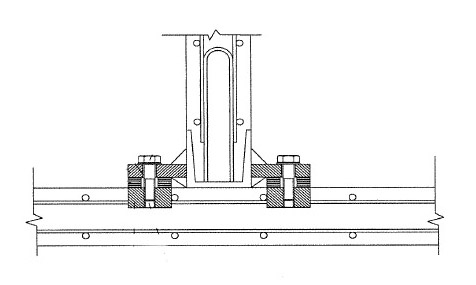 All adapted so that the plates are opposite to corresponding plates included in the concrete mass and fixed to a rod system of a second plate arranged perpendicularly to the first.

The attachment means between the two plates are held by screws. add an item with elastic properties disposed between two opposing plates.

COMPARATIVE DESCRIPTION OF THE DEVICE USING THE UNION STRUCTURAL PANEL P200801099, WITH OTHER SYSTEMS USED TO UNION NOW ON THE MARKET.

In the illustration we observed two structural panels, one of them vertical, in the set of construction may be an enclosure wall or a partition wall, and a second panel in a horizontal position in the whole building is a floor, ceiling, or floor either. 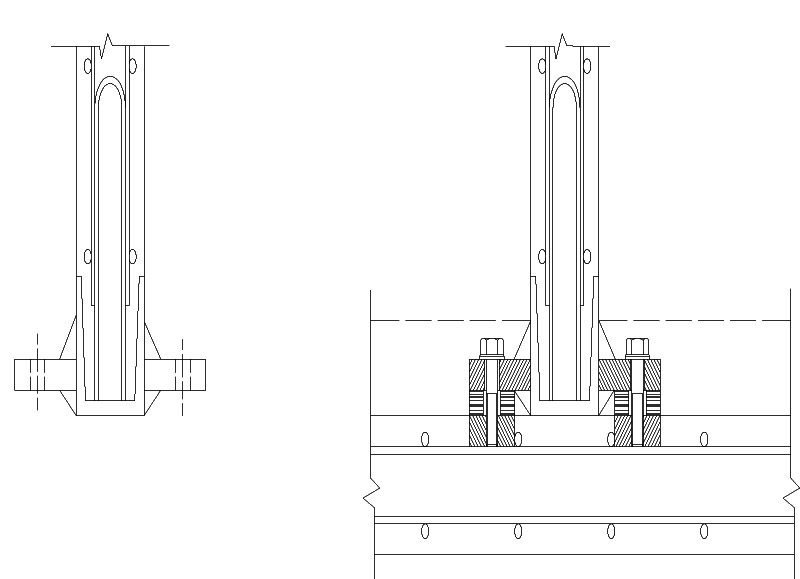 The dotted line represents the finishing line of a lattice, a floating floor, suspended ceiling, or ventilation tube, which hides the hardware devices in structural panel joint tapas recordable to facilitate future inspections.

The fixing and tightening the screws will be made by a calibrated torque wrench to a strength appropriate to the structural loads of the building, just as the elastomeric element between facing plates of attachment shall be of suitable material to these charges, for example concave-shaped pressed steel (several rings), or a zinc ring of appropriate thickness such that the compression of still supporting the structural loads, allowing a certain elasticity.

Once the connection of structural panels, the screws are sealed with a seal system to guarantee both the non-manipulation, as the easy verification of the corruptibility of torque. So that the architect optional certification can not be compromised.

The ductility at the junction of structural panels offered by this system from the current construction, such as soldering and it seems clear from the very beginning of the settlement of the building avoiding the annoying typical cracks in prefabricated buildings.

The building constructed with this building system will always be a reconfigurable building without demolishing any part, just replace structural walls and perform minor finishing works inside.

The elasticity of the attachment of structural panels P20081099, who is also an excellent dispersion of loads, will give the building an excellent resistance to accidents and natural disasters such as earthquakes, hurricanes, etc ...